Back in early spring I sowed twenty sunflower seeds in a tray indoors and about six weeks later I considered planting them out.

April was unusually cold with quite a few frosts that would certainly have killed off the seedlings – so no planting out in April. I waited for the arrival of May. It began cold and then turned extremely wet, but eventually the temperatures warmed up. I thought now is the moment to plant our my sunflower seedlings.

It looked at first as though I had timed it perfectly as May became June and the temperatures began to rise towards a little summer heat. And then it poured. It rained and rained and in my part of the world the rainfall was almost double the average for the time of year. And, as I blogged in ‘climate, rain, snails‘ earlier this year my backyard offered the ideal conditions for a population explosion of slugs and snails.

The upshot of all the rain was only one of the original twenty sunflower seedlings made it to flowering maturity. Not only did just a single plant survive, but it has flowered so late it has provided the feature blooms for the ‘last flowers of summer 2021’ arrangement.

I thought the one stem with its five blooms would look balanced and in proportion placed in my grandmother’s old, blue and white vase. Of course, I had forgotten that I’d never seen fresh flowers in this vase and soon discovered why. Somewhere it has a fine, hairline crack. First I grabbed a plate to collect the slowly pooling water, but no.

I think you’ll agree the plate doesn’t look right, too bright and white. So thinking a bowl would also be more practical for the slow leak, I tried a gold bowl and plate set up. That all just looked weird.

Knowing when you are beaten is a strength – apparently. Though only mildly irritated I pulled apart the arrangement, chopped stems, ditched the leaking vase and stuffed the flowers into a trusted leak-free milk jug. Finally, the last bouquet of this year’s homegrown flowers for my kitchen table. A touch dumpy, but very colourful and cheery.

Well, who’d have thought we’d go from cool and rainy to very hot and sunny from one week to the next. Of course, the answer is anybody used to English weather.

The roses, clematis and lilies have most definitely appreciated the moist soil followed by plenty of sunshine.

And, finally the pots planted up with summer bedding have eventually taken off and got into their stride.

Whilst writing this post I took a moment to review the progress over the last three years of getting my concrete backyard to look like a garden.

It has taken a fair amount of effort and time, but, at last, when I look out at the backyard I do feel as though I am looking at a garden. Unfortunately, the excess of rain at the wrong time facilitated a population explosion of slugs and snails. This has done entirely for the runner beans with every single one eaten to the ground and has also pretty much annihilated the sweet peas resulting in only one in five surviving to flower. However, there are plenty of plants that have not been eaten (yet) and the recent sunshine has boosted flower production enough for me to cut and have a scented arrangement for indoors.

Although the weather has not been quite what we would want for July, the flowers in my backyard are flowering well, especially the sweet peas. Naturally, flowering plants like plenty of sunshine, but not necessarily tropical temperatures and this is certainly true of sweet peas.

Good daylight is essential and I have planted mine against a southwest facing fence. However, to flower well they prefer cooler temperatures, moist soils and a feed once a week with tomato food or similar. It’s been a good season so far for them.

Of course, the heavier rain showers ruined the delicate pink roses and also battered the big old hydrangea. The larger, soaking wet mopheads weighed down some of the sappier stems as the whole bush became a drooping mass of pink mopheads. I nipped out and cut back some of the stems where the flowers were hitting the ground. The plant’s loss was my gain and I filled a vase with them together with a few white lilies that have also done well this year.

One flower that can be cut for the house, but is too much of a faff for me, is the daylily. I prefer to leave them doing their thing in the garden. At least their blooms speckled with rain made a vibrant, almost zingy photograph. 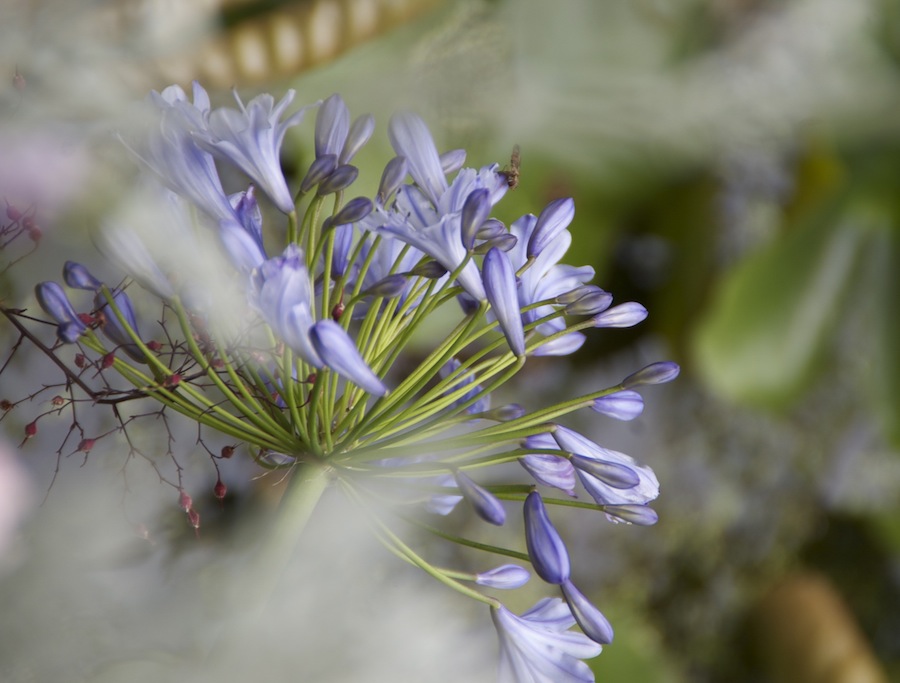 Regular readers will know that as I’ve mentioned before I live in the driest region of the UK. Summer in East Anglia is renowned for open, sunny skies above a patchwork of golden fields of wheat and barley blanketing the gently undulating landscape.

Not this July, it’s been leaden skies and rain, rain, rain. Last Saturday in the Norwich area more rain fell in a 24 hour period than would normally fall during the whole month of July. Low lying areas are flooding, the fields are sodden and all the delicate flowers in my garden have been bashed to death. 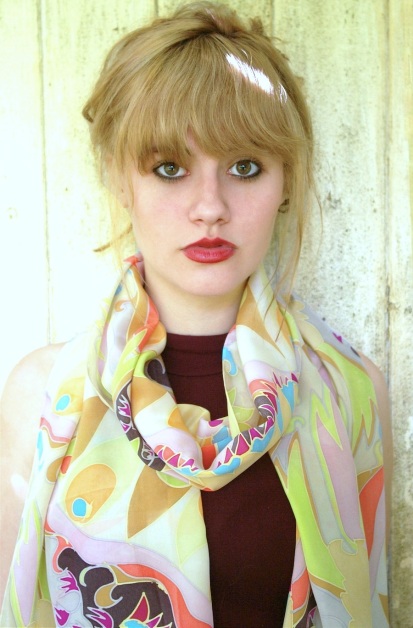 I shouldn’t moan too much as earlier in the month there were a couple of bright days ideal for some scarf photography. 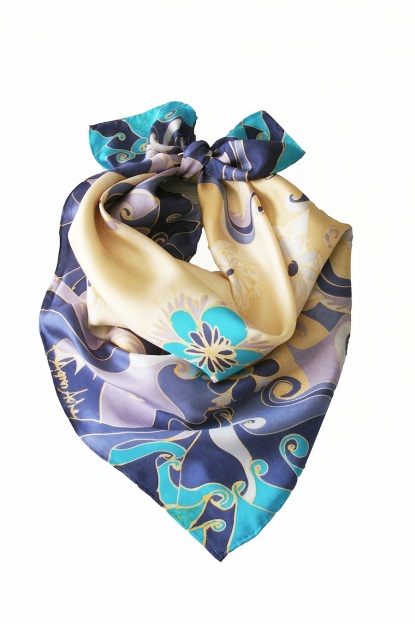 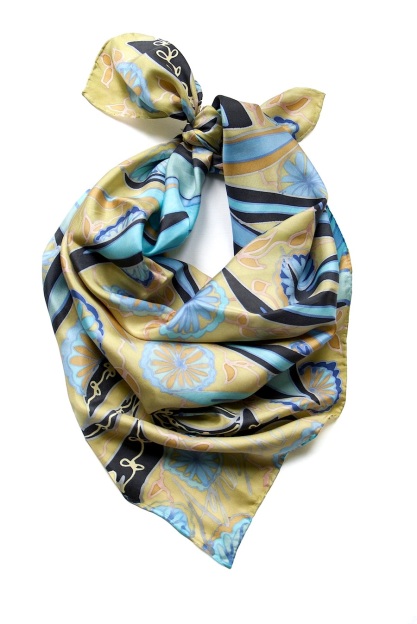 And, early yesterday morning before the showers swept up the country from the south west, I managed to photograph those resilient summer flowers that can withstand a summer downpour.