Of all the 61 painted panels that originally covered the wall of Lady Drury’s closet at Hawstead House, only one panel was painted without an emblem or a motto. This ’empty’ panel, consisting of a hilly background and two Scots pines, offers a melancholy scene.

The Reverend Sir John Cullum did not discuss this particular panel at all in his eighteenth-century account. Perhaps he simply considered it an unfinished section. However, the twenty-first century scholar, H L Meakin, suggests the ‘blank’ panel may have been deliberately left empty to encourage spontaneous meditation.

It is also possible to read the two, stark, thin pine trees as visual metaphors for Lady Drury and her husband. They’re standing mature, living apart from each other within a dark and hilly landscape. After all they had existed in a world of challenges and grief following the loss of their young daughters.

More generally, in her summary of Lady Drury’s closet, Meakin offers ideas from Seneca and Montaigne as well as current research considering the lives of early modern women. She suggests there was not a simple division between the public and private spheres, and proposes this tiny, private room offered a space to both think about as well as retreat from the wider world.

Despite the gloomy appearance of the ‘pines’ panel, I find the silhouetted trees make a compelling composition.

And, I also admire the painted herb and flower decorative panels displayed at the bottom of the panel collection. 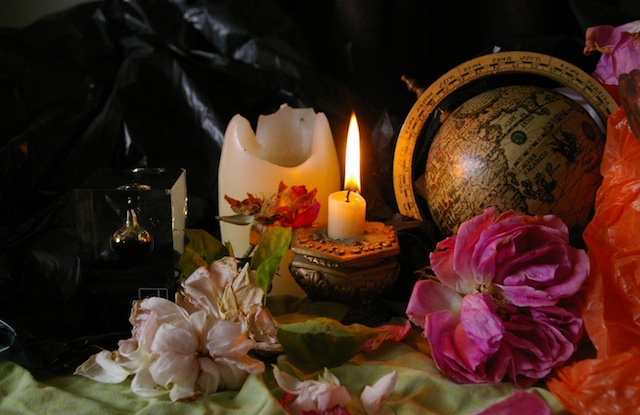 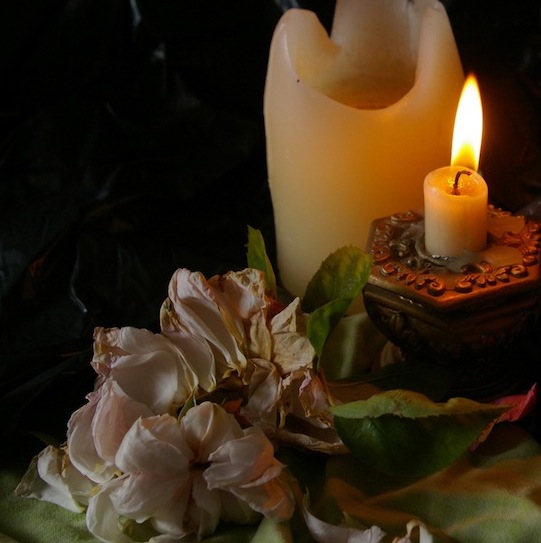 Last weekend I was in London and had time to visit this year’s Summer Exhibition at The Royal Academy. I’ve been a few times before, but not recently and it was heartening to see they don’t seem to have crammed in the work quite so ferociously as they did in the deep dark past. 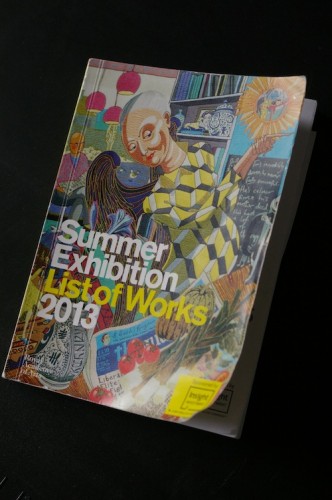 But still some rooms have such densely packed walls that it is difficult to extract the wheat from the chaff.

With the usual restrictions on photographing exhibitions I have found that The Economist’s Culture Blog has a small gallery of the show which gives a good overall impression. 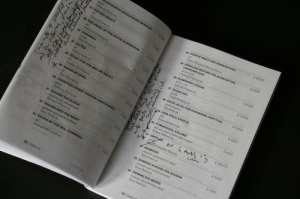 I make a point of not reading reviews before I go to an exhibition, a performance or even a film – I try to go in a state of openness to a new experience, but I am also aware that I bring my own prejudices. Sometimes it is virtually impossible to avoid the great and the good giving us the benefit of their wisdom when an event is endlessly trailed and heavily promoted. However, this time I’d missed all the usual fuss associated with Summer Exhibition and arrived early with catalogue and pen ready.

First impressions, well lit, light in feel and light in content. This painting bucked the trend. Neither of these photographs do the central picture justice. It is a striking oil by Jock McFadyen RA called Tate Moss. It is quite large, it even felt large in a spacious gallery room, and shows a derelict, industrial warehouse with graffiti. Despite its sombre theme the blues and green lighten the impression and I could see it gracing the boardroom of a FTSE 100 Company to remind the directors of their own business mortality.

I don’t normally speak to strangers (I am very English), but I had just written a brief note about a grouped set of canvasses when I heard the stern comment ‘Derivative’ as the man in front of me turned to his companion. He glanced at me seeing my smile and I explained I’ve literally just noted ‘quite derivative’. “Absolutely” he barked and left for the next room, thinking about it I hope he wasn’t the artist, a well-known RA, – he did look the right age.

Don’t you think that a work of art selected for such a prestigious show as the Summer Exhibition should step out from the banal and the mundane and agitate some kind of response in the viewer? Maybe more of these pieces achieve this when viewed alone or in a less art-filled environment. I thought this ‘Little Blue Pinocchio’ stepped out (actually almost out of the frame) despite being hung high on the top row – also visible in the second photo above.

Walking through the galleries I was struck by the overall paleness/monochrome nature of the show as if the low key presentation was attuned to the general art mood (there have been many cuts to art organisations’ budgets). The most striking of the monochrome works was a series of large ink drawings consisting of three studies of Icelandic geological features, by Emma Stibbon RA. Again, the photograph does not do justice to the work as in real life the scale and detail combine to generate an intense yet restrained visual impact.

But as usual, and it is always the way, the most stunning and interesting work – the one for me anyway – (other than the splendid Grayson Perry tapestries) had no reproductions available. It was No.580 an acrylic with gloss by Gulcehre Ciplak called ‘The Long List, You Are On It Too!’. It depicts a dining table with unused, empty plates and three turkeys wearing collars and ties staring indignantly directly out at you. The direct gaze is challenging and seems to say ‘What are YOU going to do about this?’

If you are in London and have a spare couple of hours then I recommend a visit not least to see the grand finale of the Grayson Perry tapestries. The exhibition is on until 18 August 2013.

Golden mask for Syros, a Roman who lived in Egypt about 2000 years ago. This death mask is made of layers of linen or papyrus with plaster and then gilded. It was placed on the mummy of Syros. This golden mask is on display as part of Ipswich Museum’s Ancient Egypt gallery.
Art History Contemporary Culture & Design Cultural Objects East Anglia Everyday Photographs Flowers Gardens Ipswich London Norfolk Scarves Silk Suffolk Treats Visual Culture as Inspiration