This year at Blackthorpe Barn, as usual, the scarf that caught the attention of the casual passersby was not my favourite. You would think by now I would be used to the well known truth ‘to each their own’ – and so it was on this occasion the blue was popular and yet my favourite, the rich red, was not. I realise that this isn’t quite that simple as within different cultures, particularly where colour is concerned, some colours are more popular than others. For example, red is the most popular colour in China and is traditionally considered to bring good luck and success.

However, despite red being a Christmassy colour here in the UK, and, having several of my red scarves on display, it was this blue neckerchief that received the most appreciative comments, and sold first.

Perhaps it was the way I had displayed it draped across the source photograph of my homegrown flowers, clearing showing from where the colour inspiration had come. Perhaps this little detail intrigued people.

Also, it wasn’t as though it was the biggest one on display which naturally was another one of my favourites. This scarf of soft pastel pinks and lilacs on a parchment background only garnered a couple of appreciative comments and it didn’t sell.

After the weekend’s experience I would like to be able to conclude that I have a clearer idea of what my customers want to buy. However, each year the preferences are different. Fashion trends are ephemeral, and at the same time individuals have their own favourite colours and colours that suit them, and, in the end buying any clothing for oneself or as a gift is a matter of personal taste. And, what’s more no directive from the fashion police or Pantone ‘Colour of the Year’ folk will make somebody choose peach (Living Coral, 2019), or purple (Ultra Violet, 2018), or lime green (Greenery, 2017) if they don’t already like those colours.

In just over a weeks’ time I shall be part of British Crafts at Blackthorpe Barn again. Naturally, I am preparing my display and sorting out my stock and it occurred to me that I have more red scarves available this year than in previous years. Is red a colour people choose to wear in winter or just a colour associated more with Christmassy things?

As part of the preparations for a show there is the publicity and this year I sent six photographs to the marketing and social media folk at Blackthorpe Barn for my listing on their site. Will the red neckerchief be chosen?

It is always interesting for me to see which photograph gets selected as the ‘header’ image for my listing. I was really surprised when I first saw the picture featuring the pinks and greys of the Thomasina scarf had been picked.

However, when you see the ‘Craft Makers’ page you can see that it is the best one of the six I sent to balance their arrangement particularly when you notice the main header image features plenty of red.

I think you’d agree the picture did fit well and, luckily for once, both the model’s face and scarf are in focus!

British Crafts at Blackthorpe Barn is about Christmas. Around the back of the big old barn hundreds of Christmas trees are for sale and the complex hosts a bespoke Christmas shop full of decorations as well as the main barn featuring all the craft stalls. And, somewhere in our culture red has become solidly associated with Christmas, if not particularly with winter clothing, and I guess that’s why my attention has been drawn more my red work.

How time flies – I have had an online boutique for over five years and this 21st-century way of shopping has become routine.

And, in the last decade everybody, but everybody I know uses online shopping for some aspects of their lives, but sometimes for me it is pleasant and beneficial to meet my customers in real life. This was the case the other weekend at Blackthorpe Barn. I set up my display, took a quick tour round to meet fellow artists and stood by my stall ready for the first customers at 10.00 am.

By 11.00 am the featured scarf displayed was sold to an enthusiastic customer who used to be a silk painter. Obviously, the large poster-style photograph caught people’s attention, but there is nothing like seeing and feeling silk in real life and I hope she enjoys wearing it.

British Crafts at Blackthorpe Barn is a good venue to attend, but there is a newer, 21st-century form of selling. Since the first experiments in Los Angeles, the ‘Pop-Up Shop’ phenomenon has spread across the globe. Pop-ups in all sizes, selling all types of products, from all types of venues temporarily open their doors to the public. And, in my little corner of East Anglia a local artist transforms her charming house into a Christmas Pop-Up Shop for three days selling work by fellow artists from the surrounding creative community.

I shall be joining a host of other crafters selling their work at Blackthorpe Barn on the weekend of the 24th & 25th November 2018. My most recent pieces inspired by the medieval art adorning St Edmund’s Parish Church, Southwold will be available.

If you are within striking distance of Bury St Edmunds turn off the A14 and come and see all the great work on display .  .  .  . And, say hello!

Even though some of the High Street shops and supermarkets have had a sprinkling of their Christmas stock on the shelves for a wee while it’s not feeling wintry quite yet. And, as I put back the hour on our clocks this coming weekend for the end of British Summertime, I will remark as usual that it is only a couple of months to Christmas.

The thought always comes as a surprise to me. All of a sudden it’s family arrangements, stir-up Sunday and last posting dates. 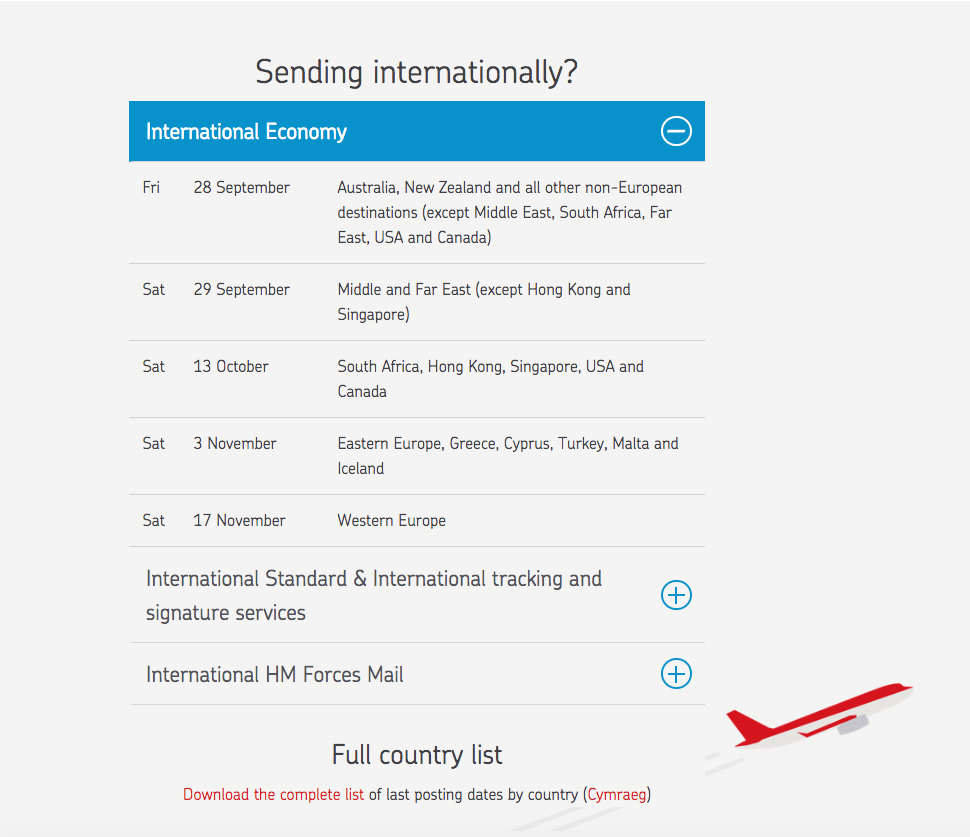 I am not sure why I am surprised as Christmas does come round ever year on the 25th December! And, as soon as Halloween is behind us it is the main event on the calendar. This year I will be at Blackthorpe Barn again just outside Bury St Edmund’s, Suffolk, for their British Crafts 2018 weekends. 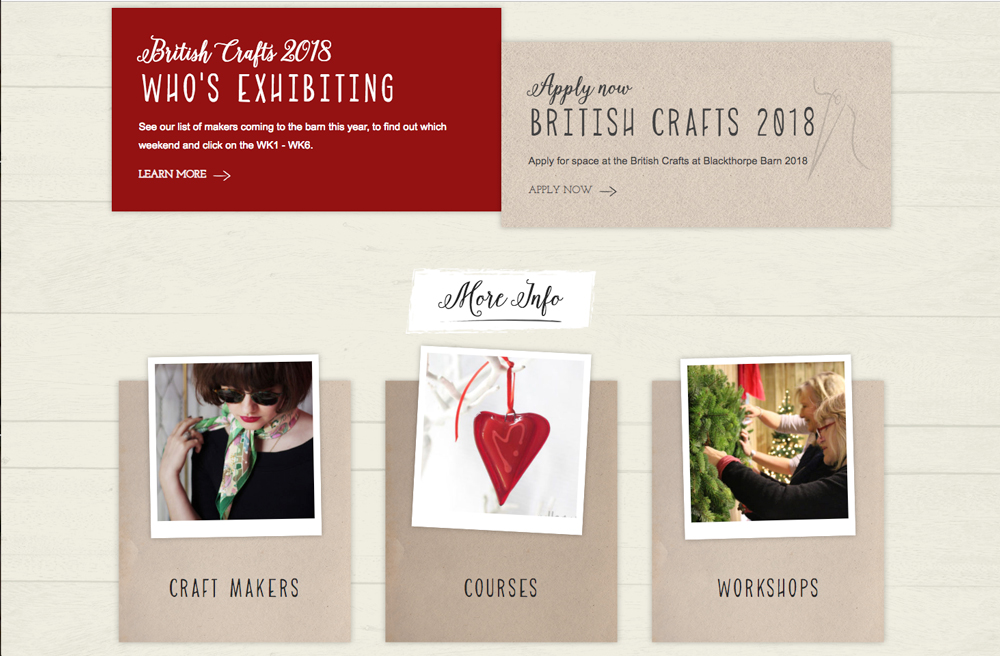 I shall be there Week Three, the 24th and 25th November. Here is the full List of makers who will be attending and selling their work in the handsome sixteenth-century barn during the course of the six weekends.

Last weekend and again this coming weekend I will be selling my work at ‘British Crafts at Blackthorpe Barn’. The venue is a fantastic, timber-framed Suffolk barn dating from about 1550. Over its long history the Barn was used for threshing and storing grain. Indeed, the Barn was still used as a grain store up until 1985. It is a beautiful airy space with the massive timbers supporting a 30 metre long, thatched roof.

During the course of the weekend it was a pleasure to meet so many people, especially some very talented crafting folk not least my neighbours, Karen, of Karen Risby Ceramics, and, Kerry, Kerry Richardson Designer Jeweller. 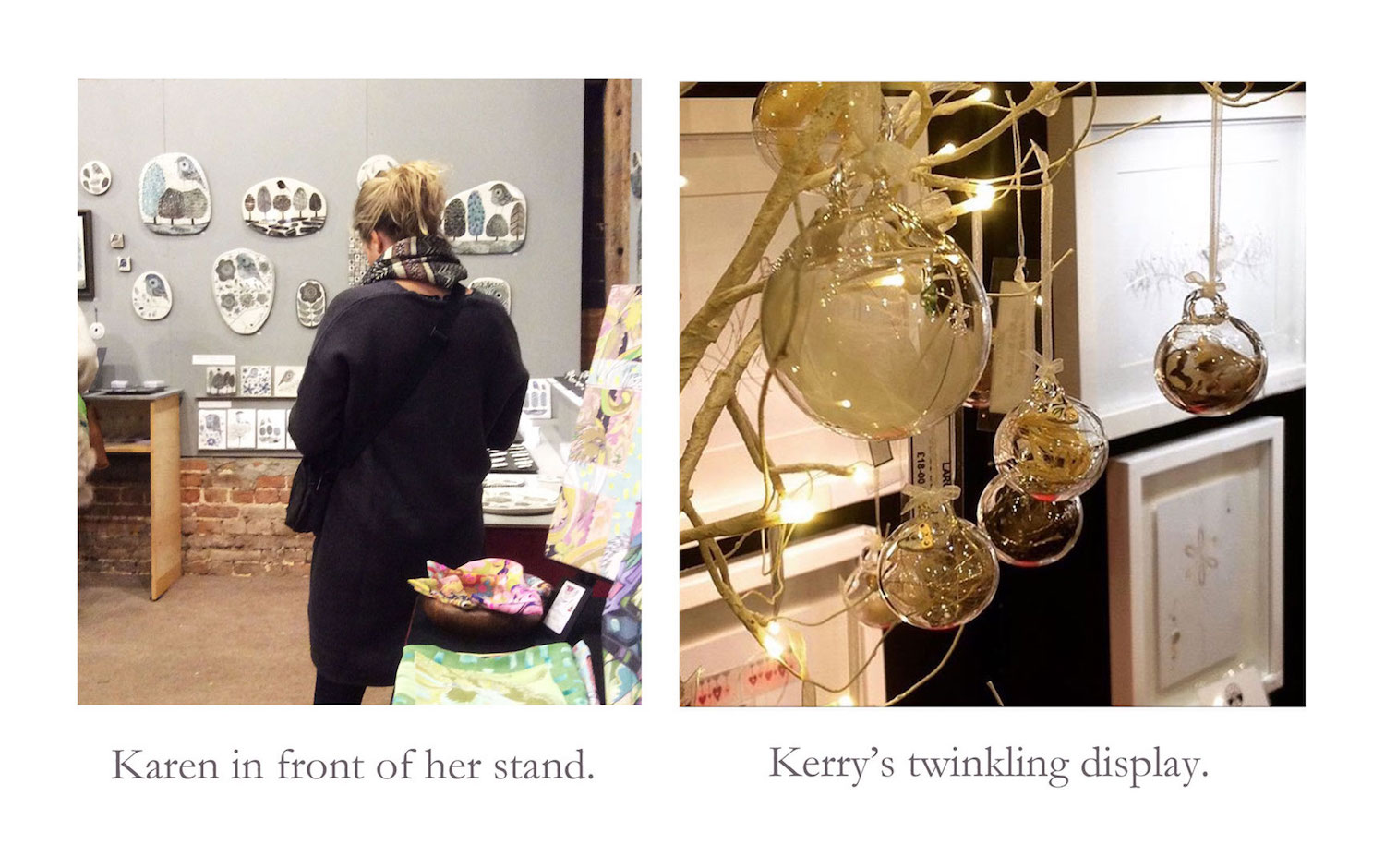 A big thank you to these experienced and accomplished designer makers for their warm welcome to this newbie to ‘British Crafts at Blackthorpe Barn’. 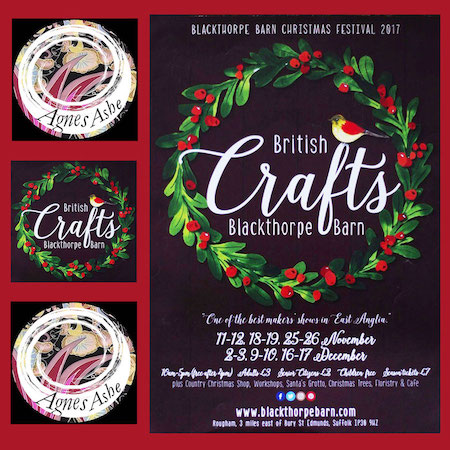 It is now the season of Christmas Fairs and the ‘British Crafts at Blackthorpe Barn’ weekends are already in full swing.

I shall be joining a host of other crafters selling their work at Blackthorpe Barn on the weekend of the 25th & 26th November and the following weekend of the 2nd & 3rd December. If you are within striking distance of Bury St Edmunds turn of the A14 and come and see all the great work on display .  .  .  . And, say hello!