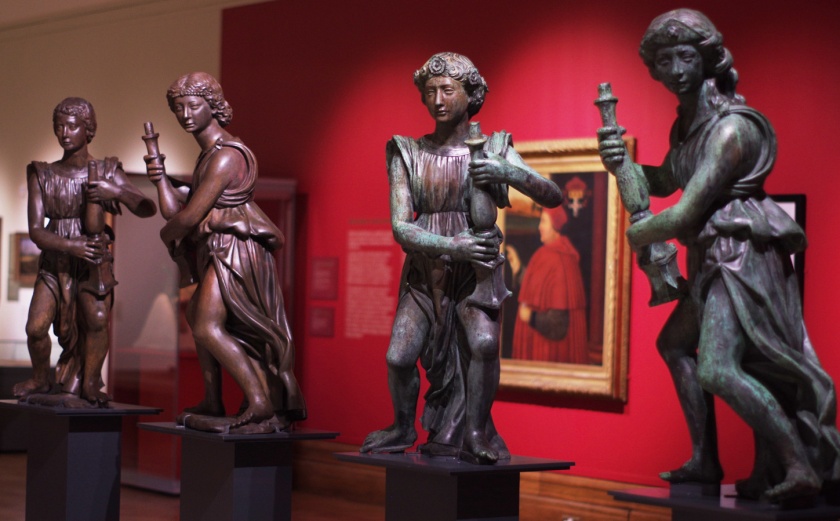 Cardinal Wolsey (1470 or 1471-1530) sadly ended his days being hounded by King Henry VIII and died in Leicester en route to London following his recall from York to be tried for treason. It hadn’t always been so as Wolsey had spent much of his life and good fortune entwined with the Tudors despite being born the son of a butcher in Ipswich. 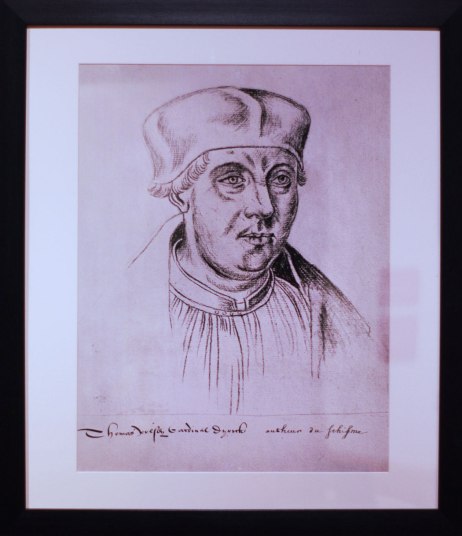 Thomas Wolsey – by Jacques le Boucq (1520-73) circa 1550. This drawing is thought to be a copy of a lost portrait dated 1508 when Wolsey was in his late thirties and a royal chaplain. 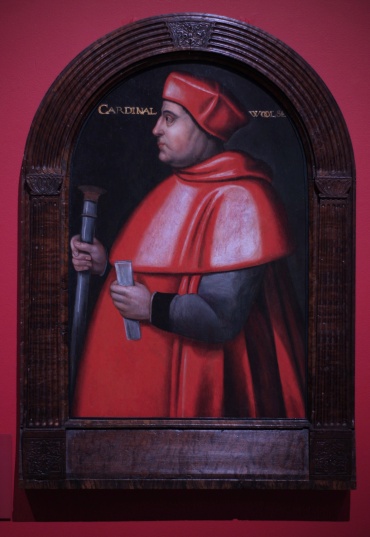 Thomas Wolsey – unknown artist 1589-95. This oil on panel painting is a later copy of a lost original work painted about 1520 when Wolsey was at the height of his power. He’s shown in his cardinal’s robes.

Thomas Wolsey was clever and after attending Ipswich School he studied theology at Magdalen College, Oxford. Henry VII had made Wolsey Royal Chaplain, but when Henry VIII came to the throne in 1509, Wolsey’s intelligence, administrative competence and diplomatic skills began to be recognised and rewarded. He rose through the ranks, both ecclesiastical and secular, to become Archbishop of York in 1514, Cardinal in 1515 and Lord Chancellor of England from 1515 to 1529. And, he was passionate about the role of education creating the Cardinal’s College of Mary, Ipswich and Cardinal College, Oxford, although neither of which outlived him in their original form.

Despite all his accomplishments Wolsey ended his days in disgrace and was buried in ignominy in Leicester Abbey without a significant, grand monument to mark his burial.  In fact Wolsey had been overseeing arrangements for his eternal resting place including a design for a sarcophagus and accompanying sculptural adornments some six or so years before his death.

By 1524 the sarcophagus had been made and the Florentine Renaissance sculptor, Benedetto da Rovezzano, was commissioned to create four bronze angels to complete the monument.

However, despite these exquisite Renaissance angels being sculpted and cast by 1529 a year before the Cardinal’s death, the full memorial tomb was never assembled and erected in its entirety as .   .   .   .   .

unfortunately for the Cardinal he dramatically and cataclysmically fell from the King’s favour following his failure to obtain a divorce from Pope Clement VII permitting Henry to escape his marriage to Katherine of Aragon.

There may not be the grand tomb in Westminster Abbey for Cardinal Wolsey that he had envisaged, but there is an engaging tribute to Wolsey in his home town of Ipswich. It is a commemorative statue by David Annand that I hope Wolsey would have deeply appreciated as it depicts him not only as the Cardinal, but gesticulating, as if in full flow, educating the world (or at least the good folk of Ipswich as they stroll up St Peter’s Street).