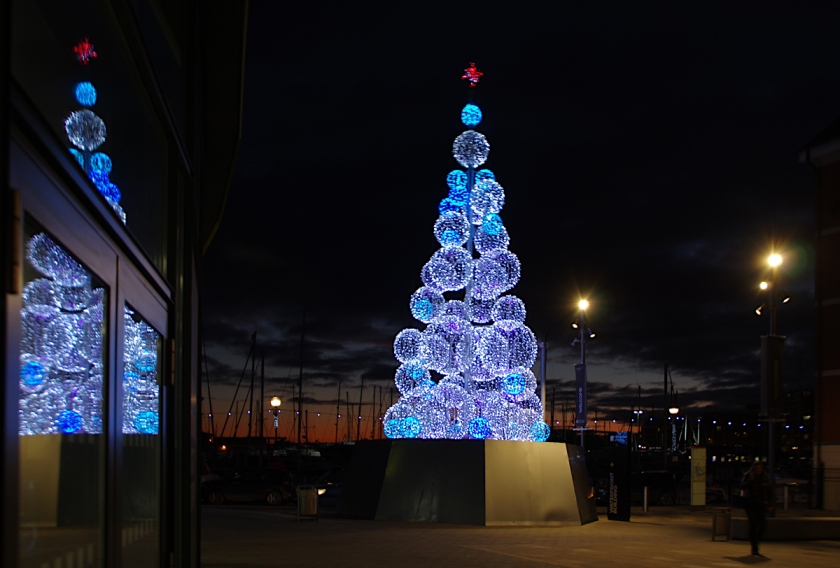 Tomorrow is the last day of Christmas and traditionally all the festive decorations will be taken down. 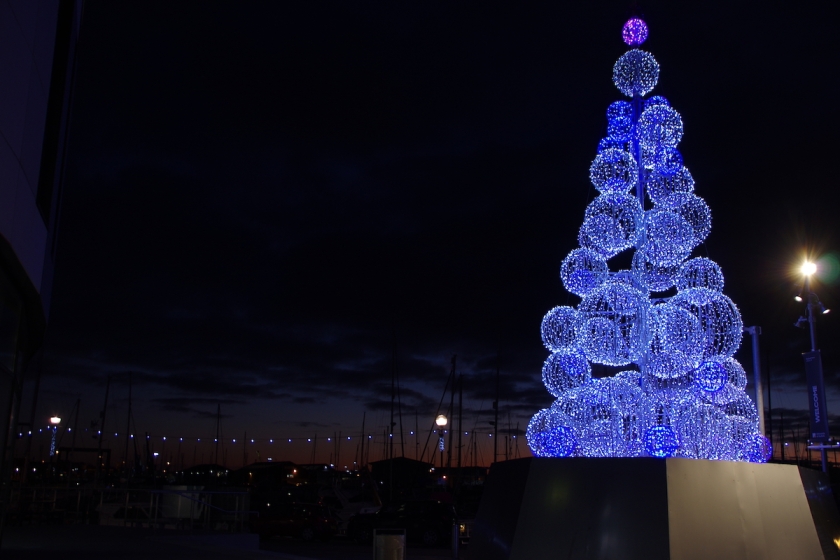 Since early December there has been a contemporary Christmas Tree erected outside the University of Suffolk on the Ipswich Waterfront. 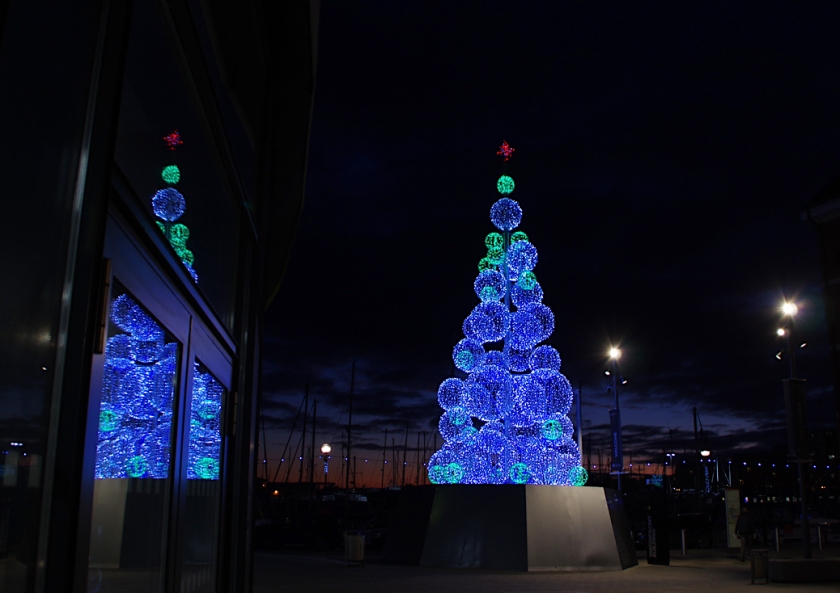 Featuring a gradually changing lighting scheme it has attracted plenty of attention and quite a few people have been taking photographs. 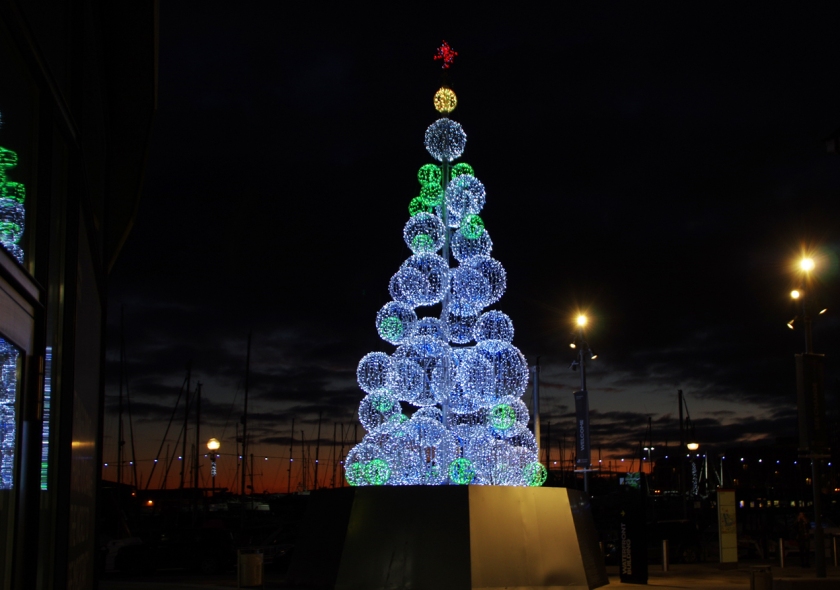 It is interesting to see non-traditional displays. This one is all about lighting up the winter evenings as it references a traditional tree without being a chopped down fir. 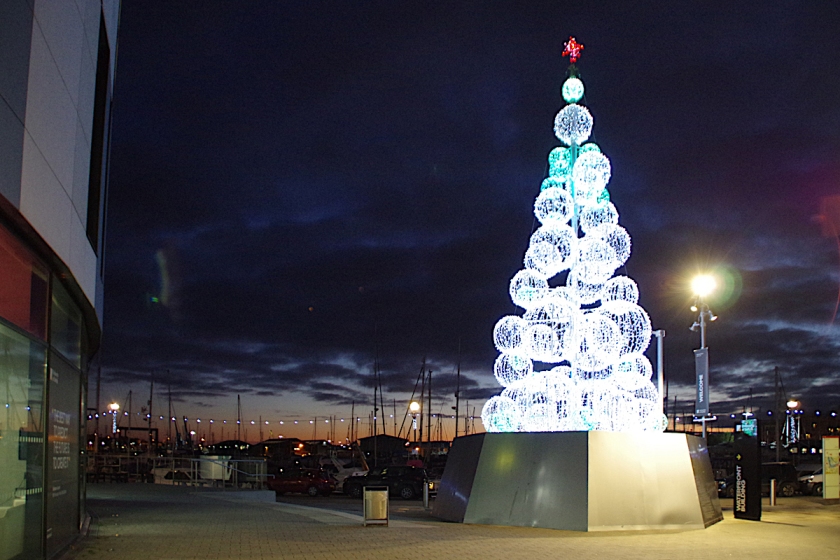 I saw it being erected and was unsure about its appearance, but once night fell and the lights were switched on I thought the subtly changing colours were rather beautiful.

Christmas is about traditions, but it is pleasing to see new contemporary, festive interpretations too.