I use photographs a lot for my work. I am always looking for inspiration from the world around me and use my camera to capture these moments. Recently, when reviewing and rearranging my current online shop collections, I recognised subtle influences from my photography. I had been searching through my various memory sticks of stored images to freshen up my product listings. It was clear from comparing dates on the files that after a few sessions of photographing some summer garden flowers, shades of peach started to appear in the pink scarf I was painting at the time. Although I was not directly using the flowers photos as source material their influence was quite obvious with hindsight – up until then peach was not included in my work.

I also opened my Bury St Edmunds memory stick.  There were plenty of photographs of the glorious stained glass in the cathedral, both motifs and colours from the glass I have since featured directly in my silk scarf designs. However, after working in the cooler tones of the glass for a few months I can see I gradually moved to a palette of warm, rich colours. This was not the conscious process as before but I think the beautiful rich red windows had left their mark. Looking at the dates on these files I think the autumn weather was also a factor. 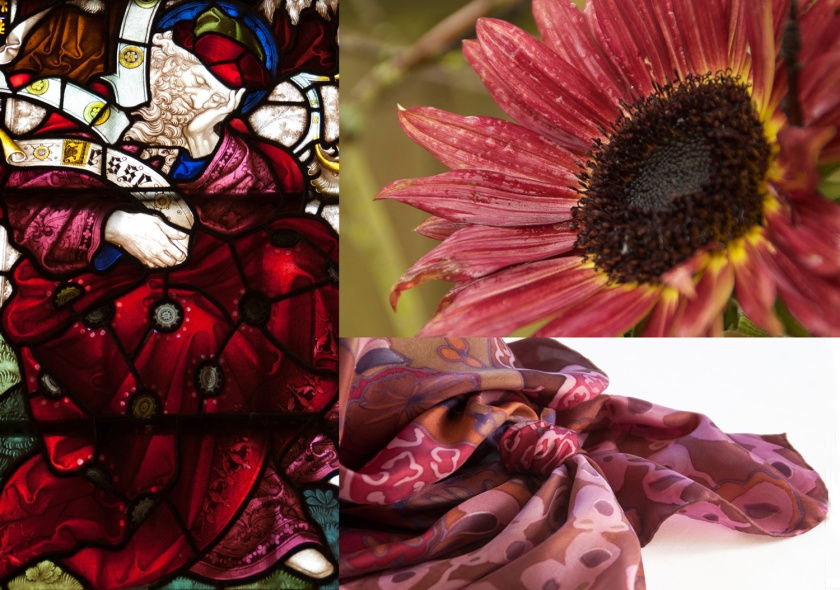 It hasn’t only been colourful images that have unconsciously influenced my work. When you are looking for a good shot you examine your surroundings with more attention and details so often overlooked are literally brought into focus. Shapes I hadn’t thought I had noticed at the time have been added to my stock of motifs such as the details on these sculptures. 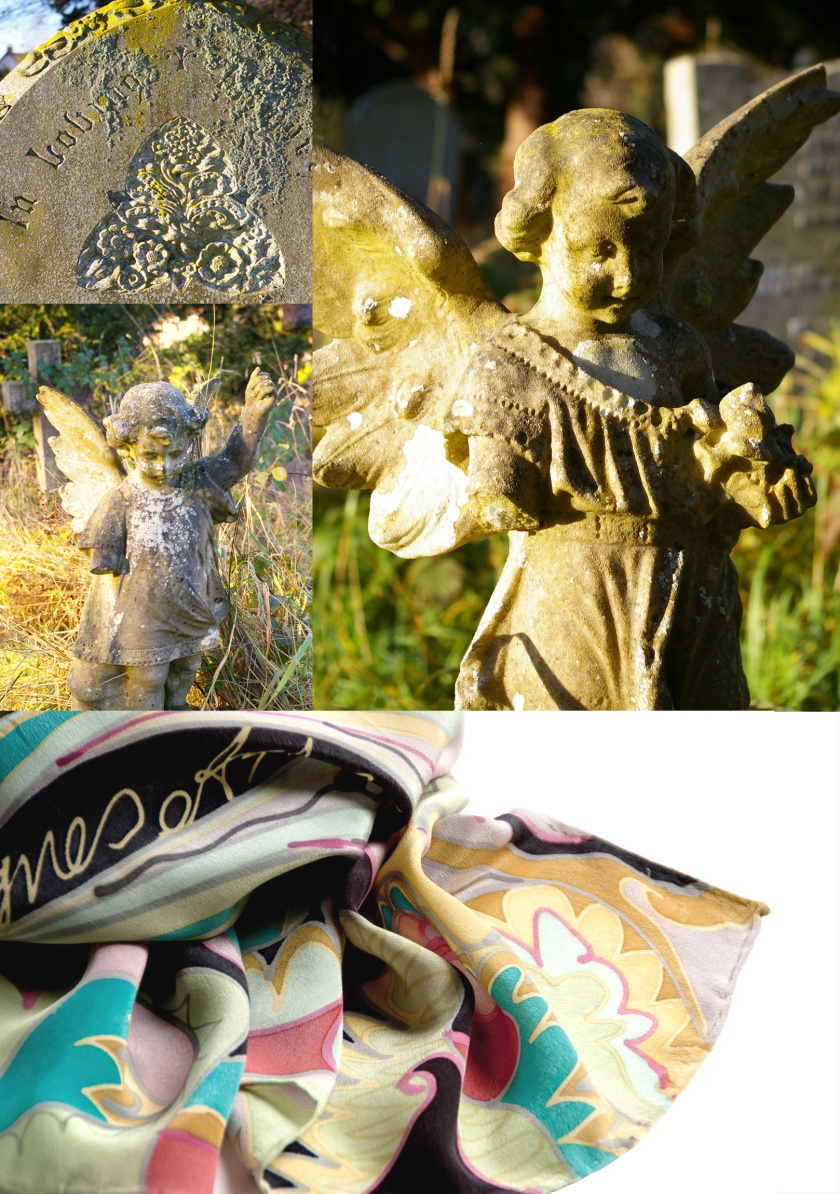 In the end though sometimes there is no obvious inspiration for the colours of a scarf. With one of my favourites, this blue and green scarf below (long sold), I worked up the design layer on layer adapting my choice of dyes after each layer was steamed. A less controlled more serendipitous process.  .   .   .   .   .   .   but I had been recently photographing seascapes!!!

17 thoughts on “The Unconscious Influence of Taking Photographs”