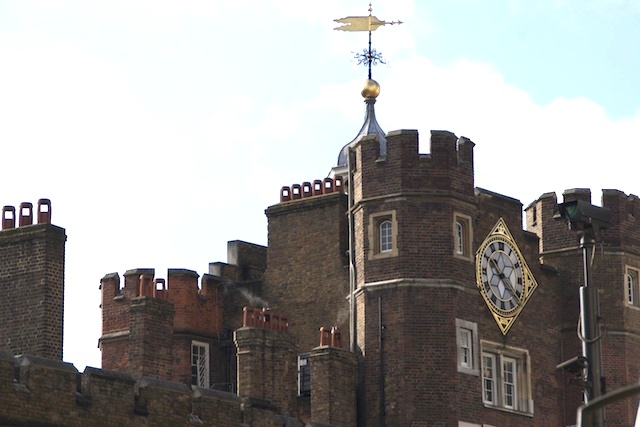 Last night the final episode of Wolf Hall left us in no doubt how terrifying it must have been to live at the court of King Henry VIII. The whole series, like the books (Wolf Hall and Bring Up the Bodies), has been an intriguing observation of power and the manipulation of power. But, unlike other 21st-century historical fictional accounts of the Tudors full of 21st-century people dressed in costumes essentially behaving in a very modern manner, the characters of Wolf Hall evoke another time. Perhaps it is nearer to a true Tudor sensibility. It somehow has a feel as though this re-presentation (hyphen deliberate) floats out from the documents, art and culture surviving from the period.

Last weekend I visited the ‘Real Tudors’ exhibition at the National Portrait Gallery in London and had the opportunity to scan across six different portraits of Henry VIII as I slowly turned on my heels. Putting the different styles and skills of the various artists aside, we are looking to find the essence of the monarch caught somewhere in the brushstrokes. As I stood and looked and looked, I realised how hard it is to see Henry the human being. The difficulty with these portraits is they are of a royal personage painted at a time when to be royal was to be almost a god. The other issue with these images is that some are copies of an original portrait or even copies of copies long lost in the last 500 years. In the end I considered we will only ever have an extremely mediated view of Henry and as with our contemporary queen, their public face is all about this strange, archaic notion of royalty and nothing to do with an ordinary human sitting for a portrait. I would show you these Henry portraits but, . . .

Wearing my Art Historian’s hat I find I have again to moan about access to public images held by a national art gallery. The National Portrait Gallery does not permit any photographs at all. In fact there are little signs here and there through the galleries reminding us not to take pictures. These images are part of a nation’s heritage and, of course, they are available to see and buy on their website, but that is not the same as taking my own shots.

At least we are still permitted (and we are very, very grateful) to photograph royal palaces from the street. During the period between 1531 and 1536 Henry VIII had St James’s House built (now known as St James’s Palace). The Wolf Hall drama is also partially set during these years and today we can stand in front of the original Tudor gatehouse and imagine Thomas Cromwell riding through these gates perhaps to speak with Anne Boleyn the day after she was crowned queen.