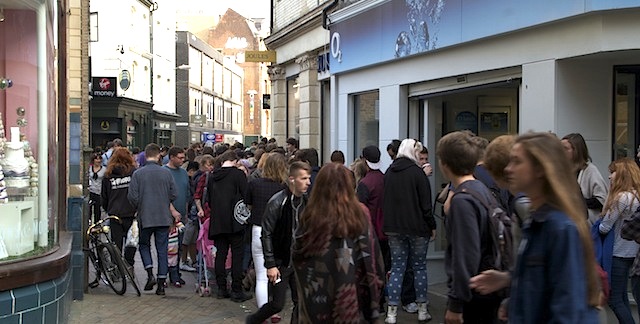 As part of a rather clever marketing campaign the folks at Dr Martens had a special few minutes this morning when they opened their stores and sold their classic Monkey boot at its original 1960s price – that was £3 – nowadays £110. Obviously there was a limited stock at this low, low price and obviously there was a long, long queue snaking up to their doors. 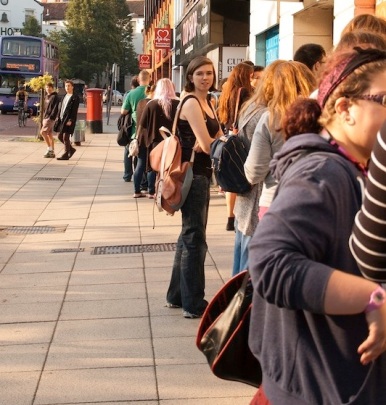 Queuing outside the Dr Martens shop in Norwich – quite early! 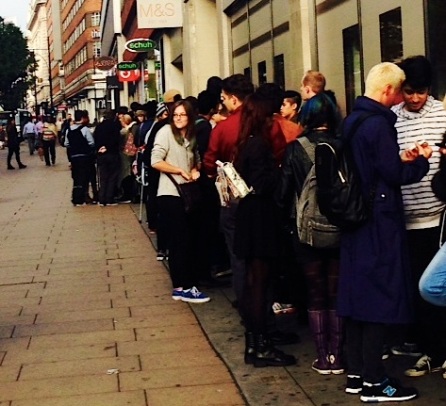 Queuing outside the Dr Martens shop in London – very early!

My daughter and I launched a two-pronged attack, she went to Schuh at Marble Arch in London and I trekked into to join the queue outside the Dr Martens in Norwich. When I arrived it was already over 100 people long with some determined people queuing since 3.00am, but I thought I’d wait anyway. Even in England where we Brits are famous for queuing you still get the odd queue-jumpers. This pair of lads shuffled up to join their friends and then stood their sheepishly as a wave of muttering rolled over them. As it was no-one this far down the queue got anywhere near the £3 boots, but we were all given 25% off vouchers by a helpful shop assistant at 8.50am. 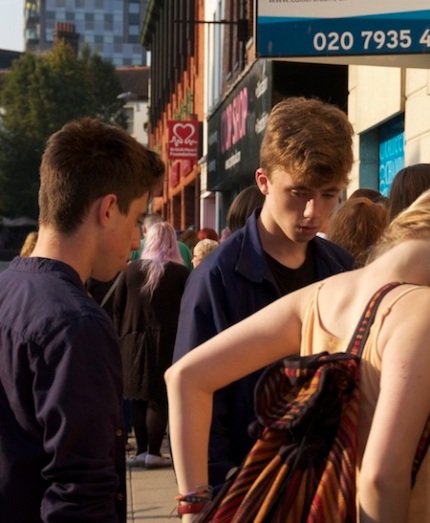 You might well look at your feet – queue jumper! 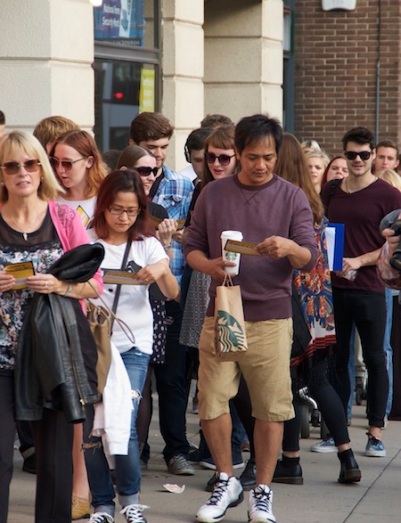 Despite my failure, all was not lost because my daughter (a true early bird) in London got the boots she wanted at the 1960s price.