I don’t want to bore for England on this one, so here’s my last comment about the Etsy TV Ad business/episode/eye-opener. I understand that it was shown again last night on UK terrestrial television.

This is what you saw on the screen . . . TV, laptop, iPad, phone whatever.

And this is what we saw. Here are a few shots of the ingredients that came together with a sprinkle of film-world magic to produce the finished advert. 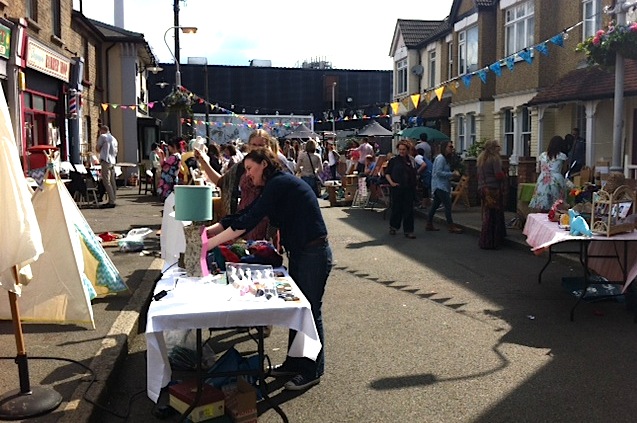 No, honestly, I can’t believe it either and I was really there. Oh, the powerful charm and mystique of illusion.

Film crew lined up, camera is mounted on the vehicle you can just spot.

Lunch in the film studio’s canteen.

A couple of my scarves blowing in the breeze on the set.

One of the runners prepares the balloons for releasing during each take.

And then there was the endless waiting, waiting and waiting.