What a pity that the latest film about the life of Grace Kelly starring Nicole Kidman has been resolutely panned by the critics. Being a fan of her ‘sunglasses and scarf’ fashion I had been looking forward to going to see ‘Grace of Monaco’ on the big screen. However, the reviews have been so bad, I’ll wait and catch it on telly. One of the Sunday newspaper film critics said,

“Grace of Monaco is the unintentional comedy of the summer – just don’t go and see it.”

Following a couple of requests I have just been working on a small collection of ‘bandana’ sized scarves suitable for tying round the neck. I started working with spring colours as I reported in a previous post, and moved on to this brighter, jewel green. 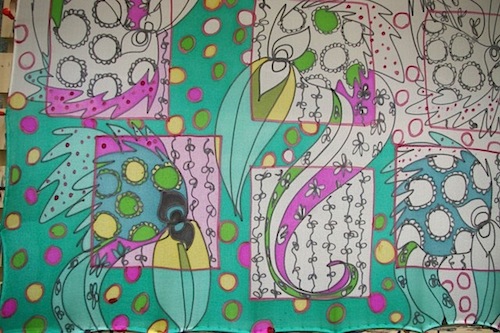 Now finished, steamed, washed, pressed and modelled in my shop. 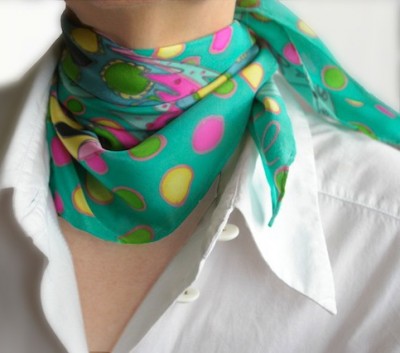